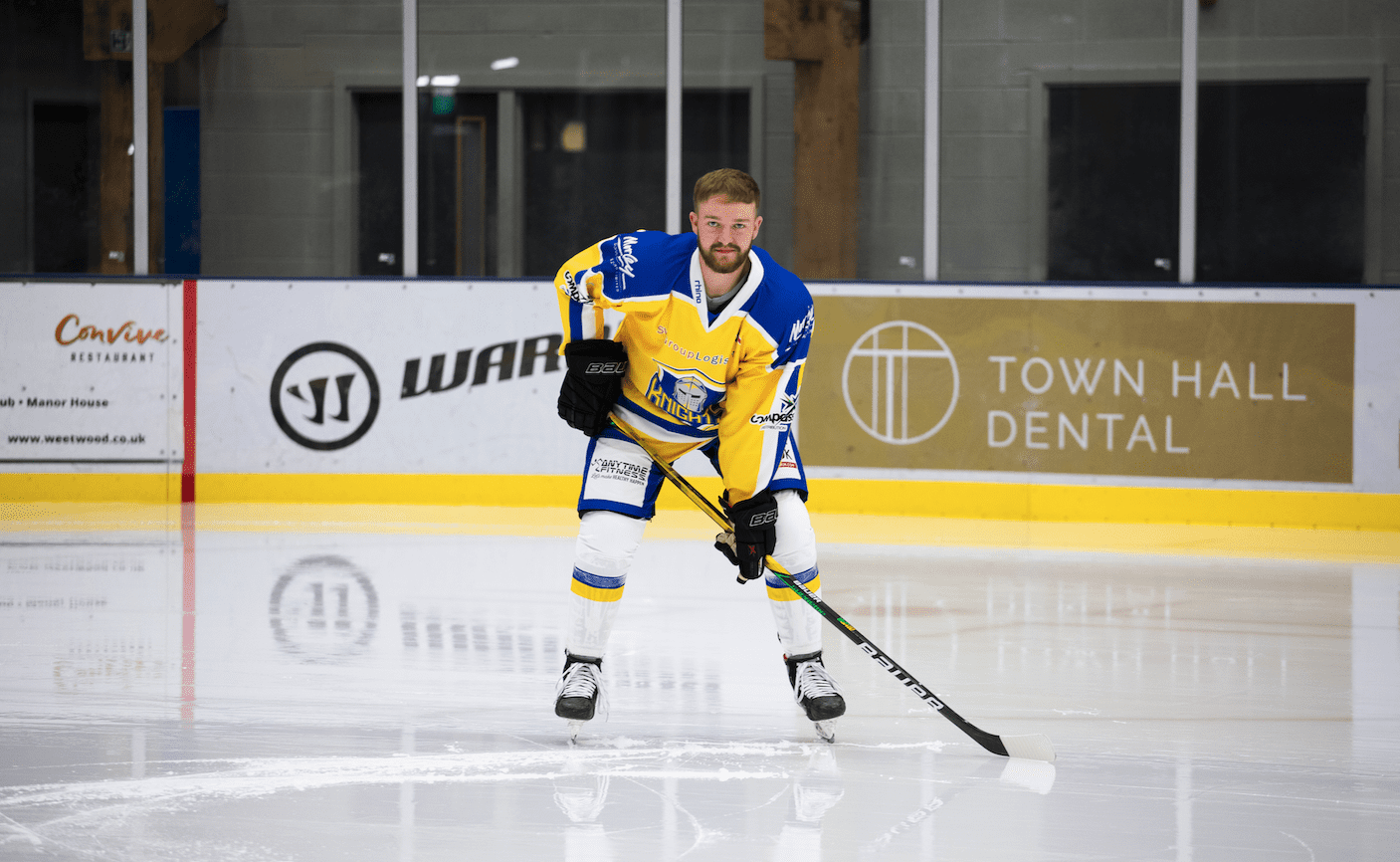 The next face on the 22/23 Leeds Knights roster will be another familiar one to the Leeds faithful. Adam Barnes has signed a new contract, keeping him at the Castle until the end of the upcoming season!

Adam has spent the last two seasons in Leeds, first with the Chiefs and then last year with the Knights. During his time in Leeds he’s put up some very impressive numbers which Head Coach Ryan Aldridge will be hoping he adds to this coming season.

He started his career in Bradford before spending time in Canada with the Ontario Hockey Academy U18s and then in the USA with the New England Wolves in the EHL. A two-way move between the Blackburn Hawks & Manchester Storm saw him return to England before coming to Leeds in 2019.

Ryan Aldridge was thrilled to have secured the signature of one of his most important players:

He’ll be a big part of the team next year as well and will be looking to add to his already impressive scoring numbers whilst in Leeds. I know the fans will love this signing just as much as I do!”

On his return, Barnes said:

“I’m more than happy to come back next season, particularly with the way that the season went last year. We were building a solid fanbase throughout the year and then, as a team, you could that we were progressively getting better

“Steve is one of the best team owners in the league and I would have been stupid to not come back for another year because I’m convinced everything about the team is heading in the right direction.

“We’ve already got a solid foundation, so as soon as I heard who was coming back you know that it is going to be even better next year and hopefully we can build a bigger fanbase and really get Leeds going, particularly with it only recently becoming a hockey city.

“I get along with Ryan very well. He has such a good relationship with the team and you want to play for a guy like that, a guy who wants to coach you a certain way.”

For all player and Leeds Knights sponsorship enquiries please email warwick.andrews@leedsknights.com and don’t forget to visit the Leeds Knights website to secure your 22/23 Season Tickets!