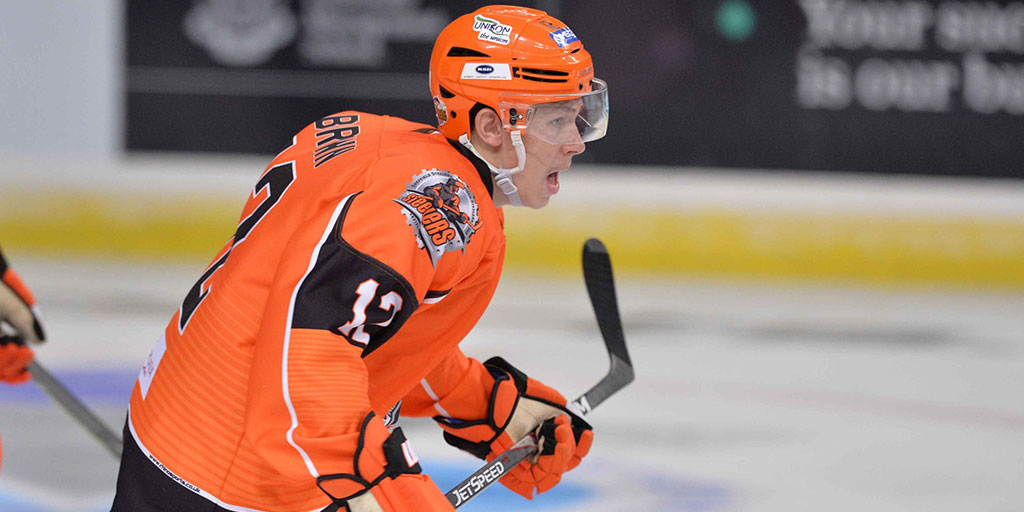 After the confirmation of Sam Gospel and Lewis Baldwin, the Leeds Ice Hockey Team are pleased to now announce our first forward signing for the 21-22 season. Kieran Brown has put pen to paper in Leeds, having agreed a move from the Sheffield Steeldogs before the Covid-ridden 20/21 season.

Throughout the NIHL Spring Cup, Kieran iced for the Telford Tigers as they secured second place in the tournament behind his old side Sheffield Steeldogs. Through the cup he contributed 11 points in 12 games, scoring three times along the way. He’s also recently scored 6 points in 3 games in the NIHL Three Rivers Cup, icing for the Widnes Wild.

Having originally decided to move to Leeds under then Head Coach Sam Zajac, 20-year-old Kieron couldn’t contain his excitement about finally signing for Leeds for this coming campaign.

“There was never a doubt in my mind about signing for Leeds again! Obviously it was just really unfortunate not to be able to play for them last season when we were supposed to.

I’ve always had it in my head that I want to play for Leeds ever since it first came out that they were going to have a team at this level. I just can’t wait to get started, it’s been too long already!

Similarly, GM Steve Nell was delighted to have got pen on paper for one of the countries youngest, and most exciting players.

“Kieran is one of the brightest players in the UK right now and he will be a really important player for us this year. I know how important it is to have British players who can score points and Kieran can do exactly that. I can’t wait to see what he will do in a Leeds Jersey. I’m sure our fans will love to watch him icing for their team!”