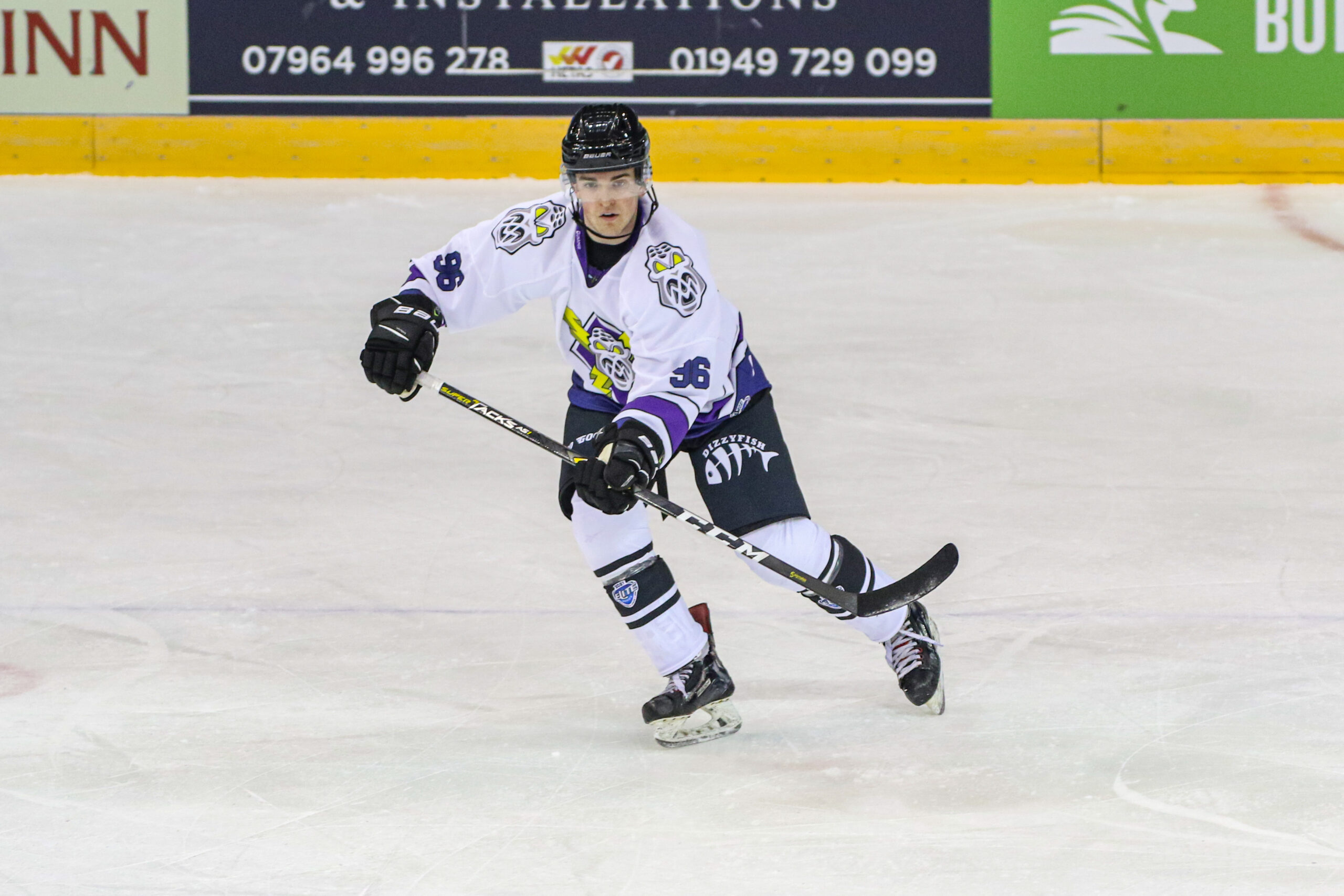 Leeds Knights are delighted to confirm the arrival of Ben Solder who joins us on a two-way contract with the Manchester Storm for the upcoming NIHL National Season.

The 20-year-old Defenceman broke through the Chelmsford junior system before moving to Canada in the summer of 2015. Ben spent 5 years in Canada icing for the Ontario Hockey Academy U18 team across various leagues/competitions.

In 2019 the USPHL in America came calling and Ben moved to Islanders Hockey Club, based in Massachusetts. A move back to the UK occurred during the Spring Cup where he iced for Raiders IHC before moving to Manchester having been drafted #33 overall in the EIHL Draft.

After announcing the latest face for his team, Head Coach Dave Whistle said:

“I am looking forward to working with Ben, he’s a younger guy who fits into the mould of what we are looking to do in Leeds. I’ve talked to Ryan Finnerty and he says he’s a smart player who makes good decisions with the puck.

Everything I’ve heard about Ben is positive, he’s a good team mate and he’s speedy which is what we’re looking for. I’m looking forward to working with him. We’re going to be a fast team and he buys into that and I think he’ll fit in really well.

Playing in the Elite series would have helped his development, a lot of players missed ice time and he would have benefitted from playing with Manchester and the two-way arrangement works well for them. Hopefully Ben can get to practice this week and get ready for our first game next weekend.

Having the link up with the Manchester Storm is massive for Ben and us. He’s going to get so much ice time with some very good players. For young players they want to practice and get better. The EIHL players will push him and he’ll get a great insight into being a professional hockey player.