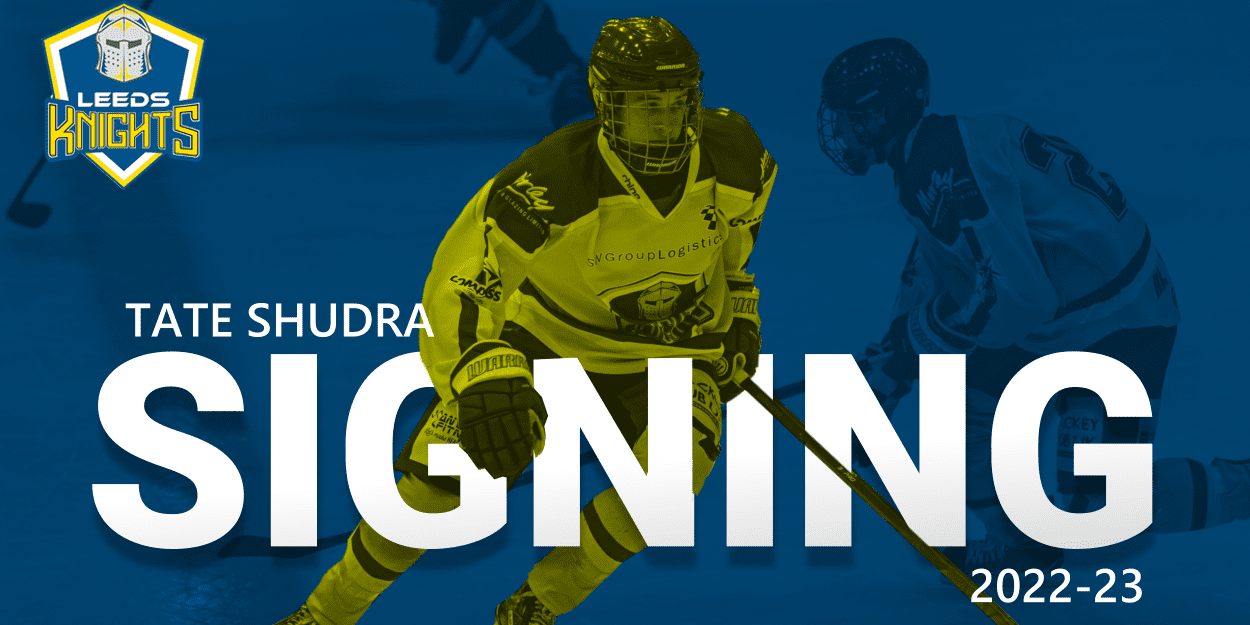 Tate Shudra puts pen to paper for the 22-23 season!

The Morley Glass Leeds Knights are pleased to announce the latest signing for the 22-23 season, as Tate Shudra returns for another season in the blue and yellow!

Tate split his 21-22 season between Sheffield and Leeds. Tate played 16 games for the Sheffield Steelhawks – logging an impressive 40 goals and 28 assists while captaining the side, as well as stepping up for the Sheffield Titans and Scimitars for a combined 14 games and 16 points. In addition to his impressive statlines in NIHL 1, 2 and U18s, Tate made the jump to the NIHL National Division at just 17 years of age and had some impressive games during his 26-game stint with the Knights.

Tate Shudra is a young prospect that has a lot of upside for the future, with a proven goalscoring ability in previous seasons to back it up, and he’s excited about what lies ahead with the next part of his career – “ I was keen to come back on a full-time basis this season, so when Ryan offered me the chance I took it! Ryan is a great coach, he pushes you hard. I’m happy he is staying and I’m glad I’m going to get the chance to play under him again.”

Head Coach Ryan Aldridge is no stranger to developing youngsters into even better players, and that is no different this time, as he looks forward to working with Tate and bringing out even more from the now 18 year-old – “We just had to have him back, a young talent like that deserves to be with us full time. He has such a lot of potential and the next 2-3 years are going to be key for him and hopefully he can continue to develop his game here in Leeds.”

To be Tate’s Player Sponsor for the season and for all Leeds Knights sponsorship enquiries please email warwick.andrews@leedsknights.com