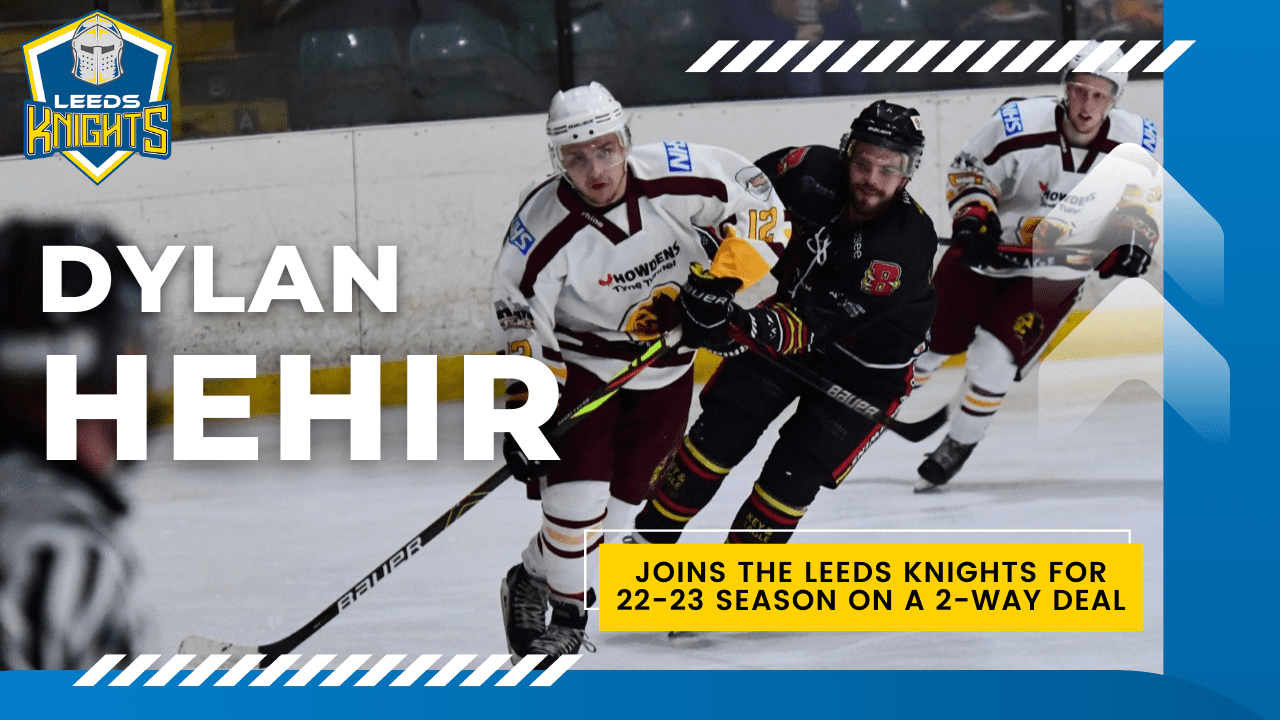 The Morley Glass Leeds Knights are pleased to announce the final piece of the 22-23 roster, on a 2-way deal, #24 Dylan Hehir.

The 20-year-old defenseman joins us on a 2-way deal with Whitley Warriors in the NIHL 1 North, where he will be his second season for the Northern outfit. Dylan is a high-scoring D-man, who grabbed 14 points in 28 games in the 21-22 season and picked up both the Defenseman of the Year and Player of the Year awards for the Warriors!

Dylan’s joining of the Knights means that another brother pairing will be lacing up for the Knights in 22-23, as he reunites with brother Ethan Hehir. Prior to his move to Whitley, Dylan played for the Billingham Stars from 2014-2019, at varying age groups all the way up to NIHL 1.

Hehir’s playing history means that he is also familiar with both Finley Bradon and Tommy Spraggon, whom we announced earlier in the week, a bond that Head Coach Ryan Aldridge is looking forward to witnessing.

Head Coach Ryan Aldridge said “Dylan is another one of those players that came highly recommended to me when I asked about talent in the North. He was a great asset for Whitley last year, and I’m looking forward to working with someone of his calibre. I’d like to thank the Warriors for helping put this 2-way deal in place to help Dylan’s development.”

To be Dylan’s Player Sponsor for the season and for all Leeds Knights sponsorship enquiries please email Managing Director, Warwick Andrews at warwick.andrews@leedsknights.com

Own & Loan: You can purchase Dylan’s player jerseys now and loan it back to him for the 22-23 season, just go to our online store!