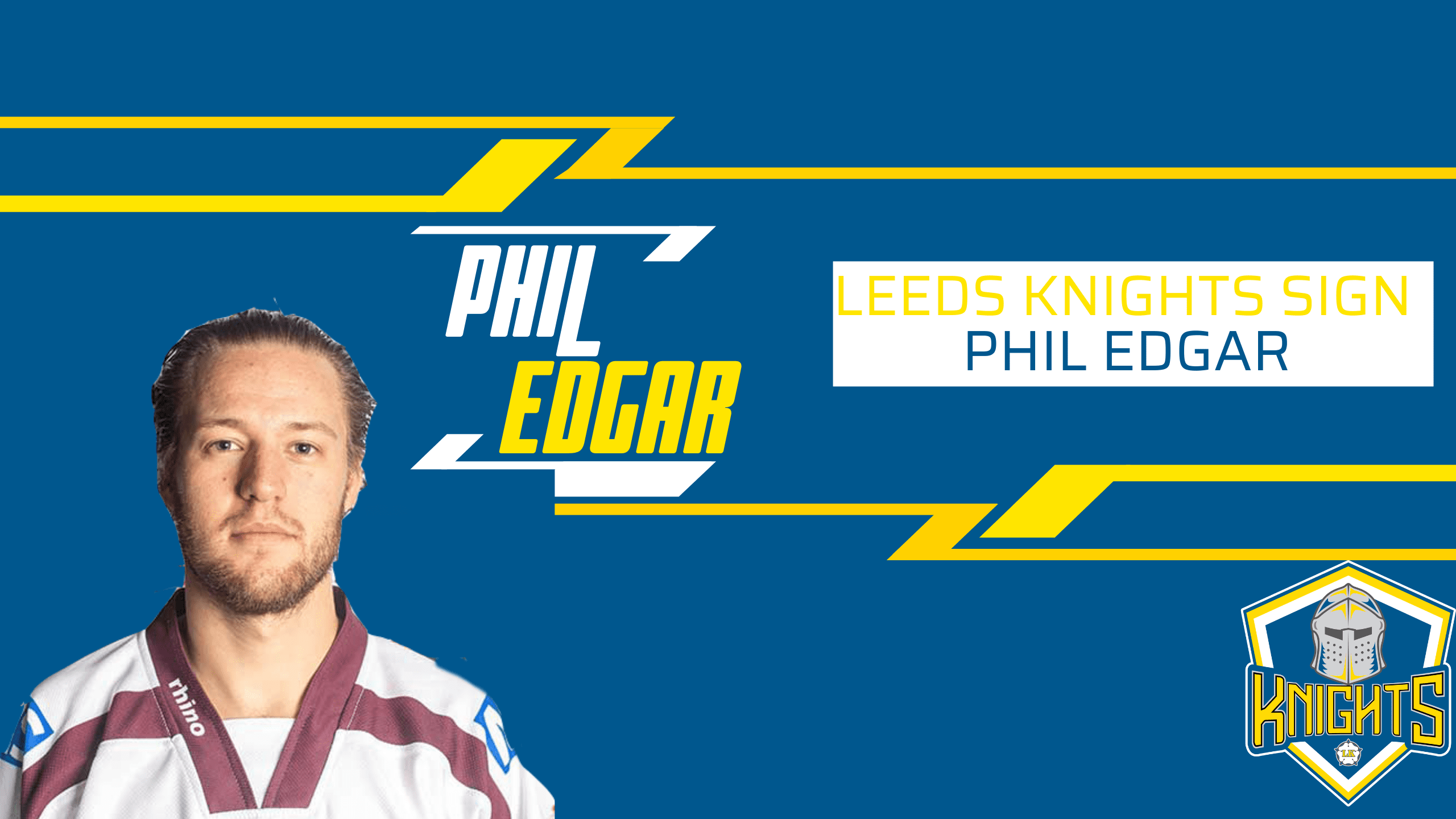 Leeds Knights are delighted to be confirming the arrival of Phil Edgar to the line up ahead of this weekend’s crunch matches with the Telford Tigers.

Phil, a 28-year-old forward, arrives to Leeds from the Whitley Warriors in the NIHL North 1.  This season for Whitley he’s posted 21 points in just 7 games so has had a superb start to the season with the Warriors.

He first joined Whitley in 2017 and has put up a total of 140 points in 83 games to date for them. Phil almost joined the Knights this summer but has now put pen to paper on a month-long loan deal.

It’s difficult at this time of year finding a player and I’ve known Philip since the summer time, he did come down and train with us in August before the season began. I’ve got to thank Whitley for letting him move up and that’s what it is about. I’ve known David (Longstaff) for a long time, and I trust his opinion and he comes highly recommended, which is really important.

I obviously hope he can bring some offence to the team. He’s a heads-up player and, for the role I have for him, I’ve got to let him get into creating some offensive chances. I know he is one of the better scorers on their team and they are willing to let him go search out a new level. I’m looking forward to seeing the level he is at and the level where I think he could get to.

You will be able to catch Phil in action this Saturday evening when the Knights hit home ice against the Telford Tigers and you can get your tickets right here: