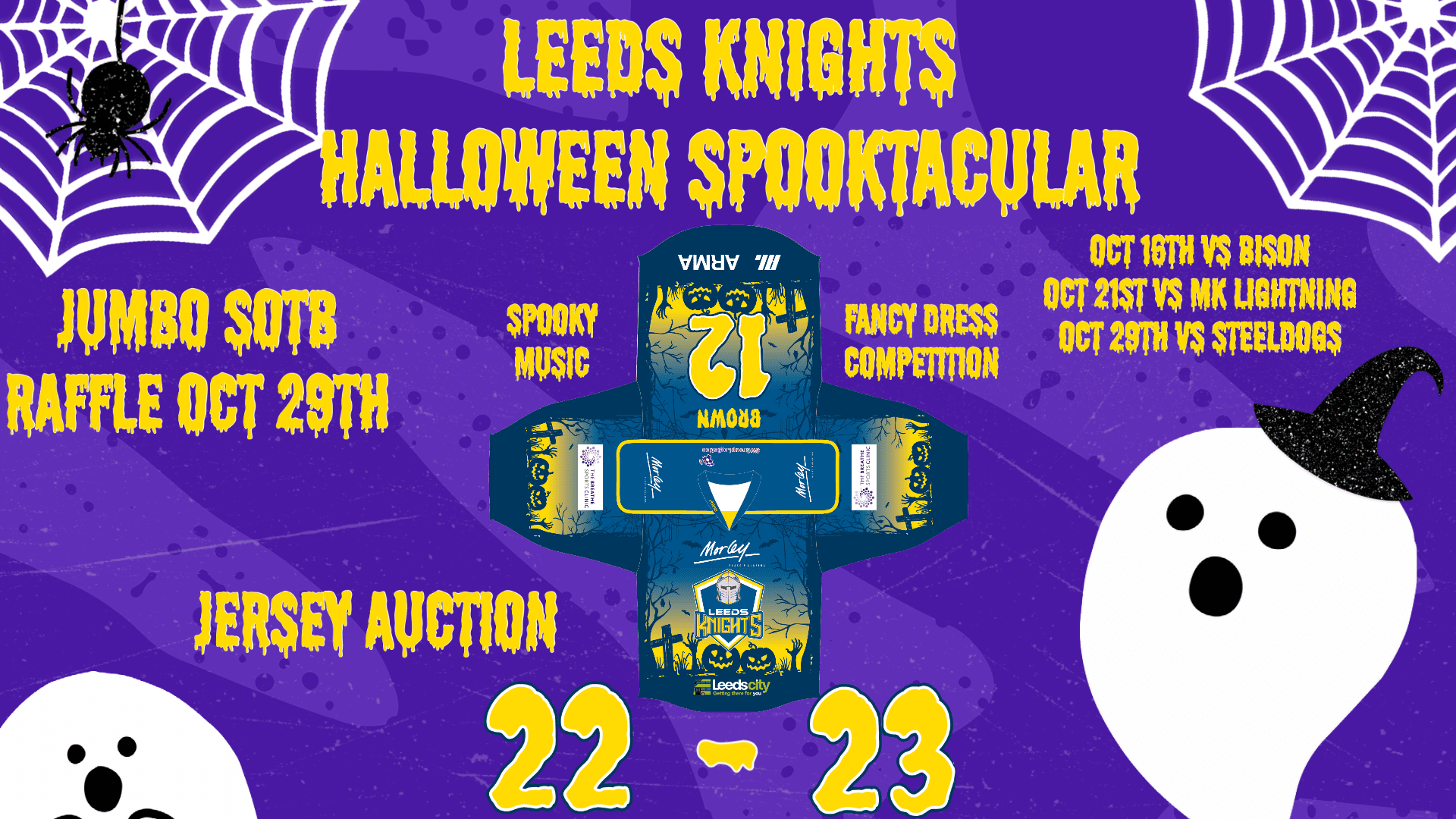 Things are starting to get spooky with the Leeds Knights!

As September ends, October is just around the corner and things are starting to get spooky at Knights HQ. To celebrate the Halloween season, the Morley Glass Leeds Knights are delighted to be revealing our Halloween jerseys which will be worn during the second half of October.

Our full official Halloween game will be on 29th October when Sheffield Steeldogs visit ‘The Castle’. During this local derby all things Spooktacular will be happening featuring Halloween themed music, as well as a fancy-dress competition for the fans.

Alongside this game we’ll also be wearing the spooky blue & yellow on the 16th October vs Basingstoke Bison & 21st October vs MK Lightning. On the 16th October, high-flying import #25 Zach Brooks’ shirt will be available in our SOTB competition, followed by fan favourite #88 Adam Barnes on the 21st October – all other shirts will be available in our Jumbo SOTB on the 29th October in our official Halloween game!

As you can see from the revealed design, the jerseys look brilliant and we’re thrilled to inform you that the fans will be able to get their hands on these jerseys! 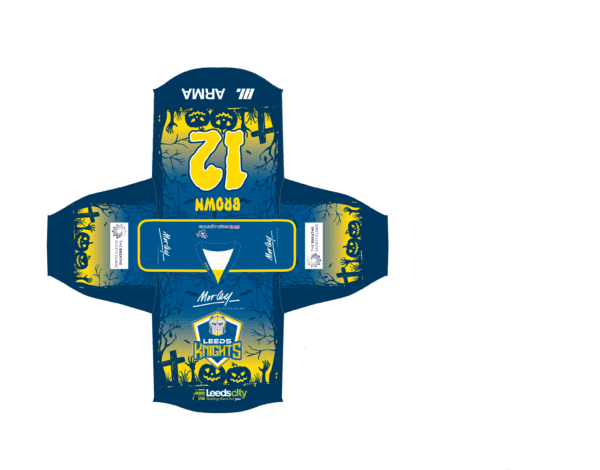 There will be an opportunity for fans to bid on the jerseys they want from a selection of their favourite players, with the minimum bid starting at £75.

As well as the shirt auction, we’re also offering fans the ability to win the rest of the jerseys in the shirt of the back competition through the month. The breakdown for which jersey is available in which way is below:

We’re also pleased to announce that we have two match night VIP + Match Night opportunities to join in the celebrations with availability on 16th & 21st October. For more information please email warwick.andrews@leedsknights.com for more information, and to book your spot for gameday!