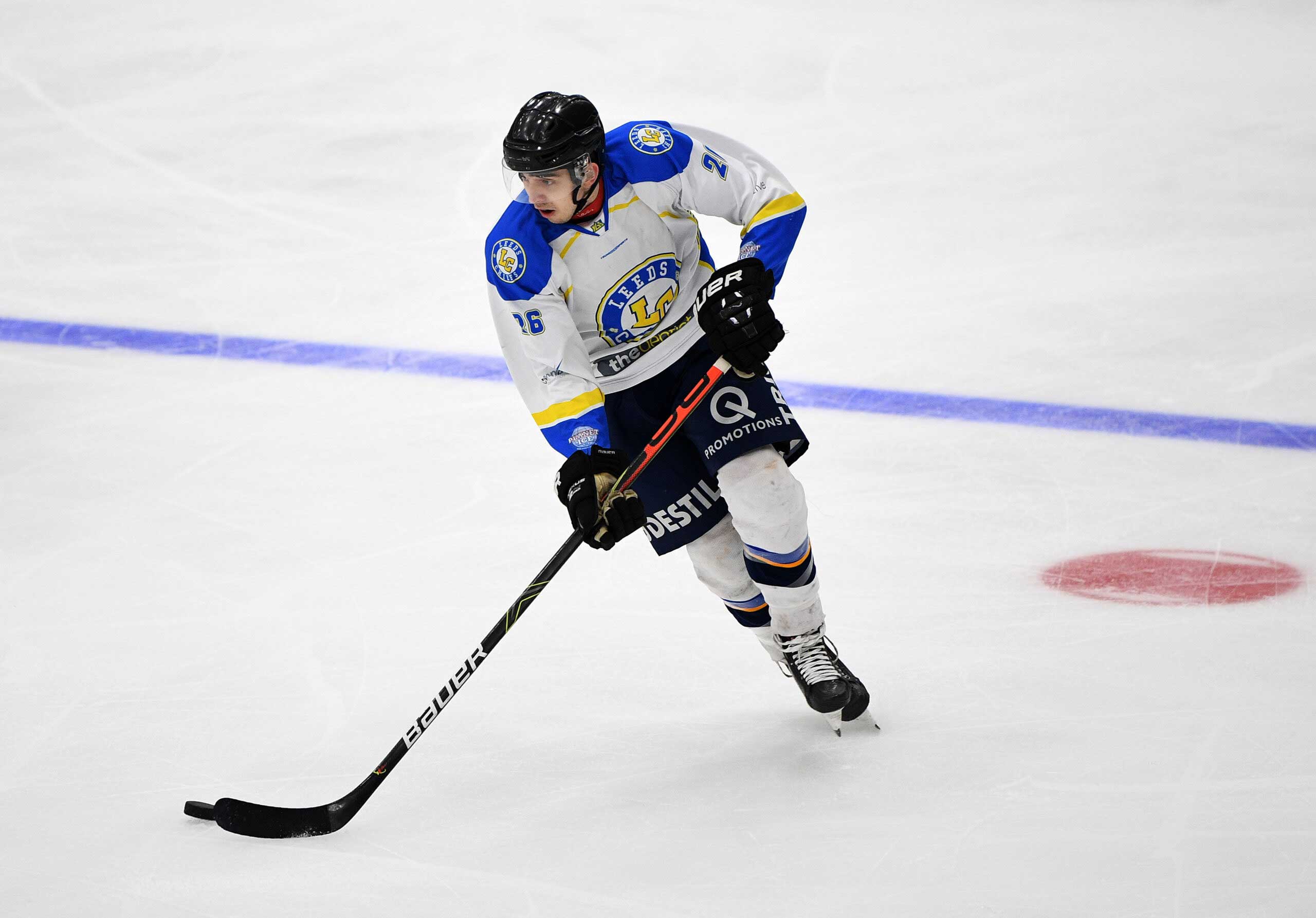 Leeds Knights are delighted to confirm a further three faces for the 21/22 NIHL season with the confirmation that Bobby Streetly & Ethan Hehir will join new face Archie Hazeldine in the locker-room in time for this weekend’s games with the Swindon Wildcats.

Bobby & Ethan need no introduction to Leeds hockey fans after they both iced last season for the Chiefs under then Head Coach Sam Zajac.

Bobby, a 27-year-old defencemen, iced in 31 games for the Chiefs and his stay at home style of defence will be crucial for Head Coach Dave Whistle this coming season. Alongside his playing role we’re thrilled that Bobby will be helping the Knights off the ice as well with a role off the ice also.

Head Coach Dave Whistle was quick to praise the maturity of Bobby by saying:

Bobby will be one of the leaders in our dressing room, all the guys like him and he’s been a playing a long time. He’s a mature person, and is very good with children. We’re excited to be doing a school programme with him and he helps out with the learn to play sessions also. Compared to some of the other D which we have he’s bigger and stronger and I think his biggest asset will be the fact he’s such a good person. Bobby’s not old but he’s going to be one of our leaders for sure, everything will be team first with him.

Secondly, another familiar face to Leeds fans is Ethan Hehir. Ethan made his Leeds debut last season and impressed massively during the campaign. In 44 games he put up 20 points (6G & 14A) in his first season in the National League. Dave Whistle had the following to say after agreeing a deal with the 20-year-old.

Ethan is a younger player but has bags of potential. He’s been capped internationally at U18 & U20 level and did well last year. I’ve watched some tape on him and I’ve seen him practice a few times now. I think there is a lot of skill there and he has a lot of offensive upside.

He’s still only 20 and I’m looking forward to seeing him grow into more of an offensive role. He’s going to be playing with some very skilled players and I really think he’s got the opportunity to play in any spot in our line-up.

Having guys like Bobby, Sam and Ethan will be key to our team. They were in Leeds last year and have experienced what it’s like to play hockey here. We have a lot of players under the age of 23 and you need experienced guys to go with them, both for during games and off the ice as well. I’m looking for guidance from some of the older guys on the team.

Lastly a new face to Leeds, and the National League, is young defencemen Archie Hazeldine. Archie is a product of the Nottingham Junior System having come through the U15, U18 and U20 teams. It was during the NIHL North Cup Archie broke into senior hockey for the first time with the Nottingham Lions by posting 18 points in 14 games.

At 17-years-old, Archie is a player for the future. He’s going to bring a high skill level and considering his age I think he’s a very confident player already. Archie isn’t going to be scared to make mistakes. The only way you learn as a player is to make mistakes and being only 17 he’s going to pick up advice from everyone else on the team and I’m looking forward to seeing his growth over the next few years.

It’s going to take time for him to reach the ability I think he can get to. This is where practice is so crucial. When you consider how much time you spend with the puck in a game, it’s actually not a lot of time and you do most of your learning during practice sessions in the week. There will be individual drills and team drills which will help him grow as a person and a player.

We’re thrilled to have Bobby, Ethan and Archie on the roster for the season and if you are interested in sponsoring any of the players please email sponsorship@leedsknights.com for more information.