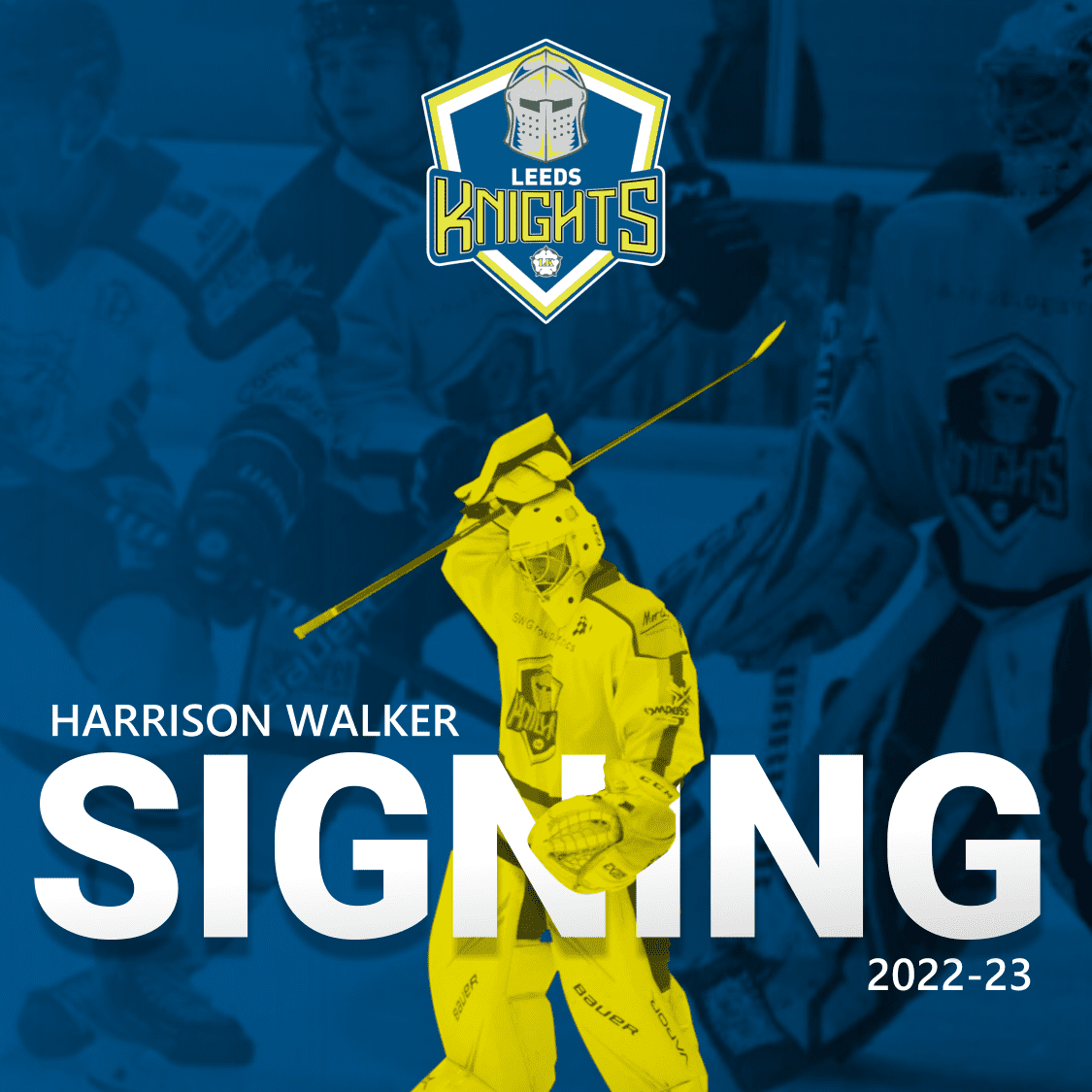 Leeds Knights are pleased to announce that Harrison Walker has put pen to paper which will see him complete the Knights’ netminding tandem for 2022-23 season alongside Sam Gospel.

Harrison, a 20-year-old netminder, began his hockey career in the Bradford junior system. Whilst there he iced for their U15, U16 and U18 teams, as well as a spell in Blackpool with their U16 team.

In the 18-19 season he made his senior debuts for the Bradford Bulldogs, and Blackburn Hawks at NIHL 2 and 1 respectively. He was also called up into the EIHL by the Manchester Storm as back up over the course of the campaign.

Harrison is no stranger to Leeds, in 19-20 he was a part of the Chiefs’ roster as well as providing one game of relief last season when Sam Gospel was out of the line-up.

Having iced for Leeds before, Harrison has worked closely with Sam Gospel and will continue to do so over the full season this time around.

We’re delighted to have Harrison as our second goalie this year. We have one of the best netminders in the league with Sam and it was crucial for me this year to recruit a guy that can work with and create some competition at times. Harrison knows the club, he knows Sam and he knows the team. He really ticks all the boxes.

He’ll push Sam and be ready to play whenever called upon and I know he’s excited to get back to ‘The Castle’ full-time next year.

To be Harrison’s Player Sponsor for the season and for all Leeds Knights sponsorship enquiries please email warwick.andrews@leedsknights.com