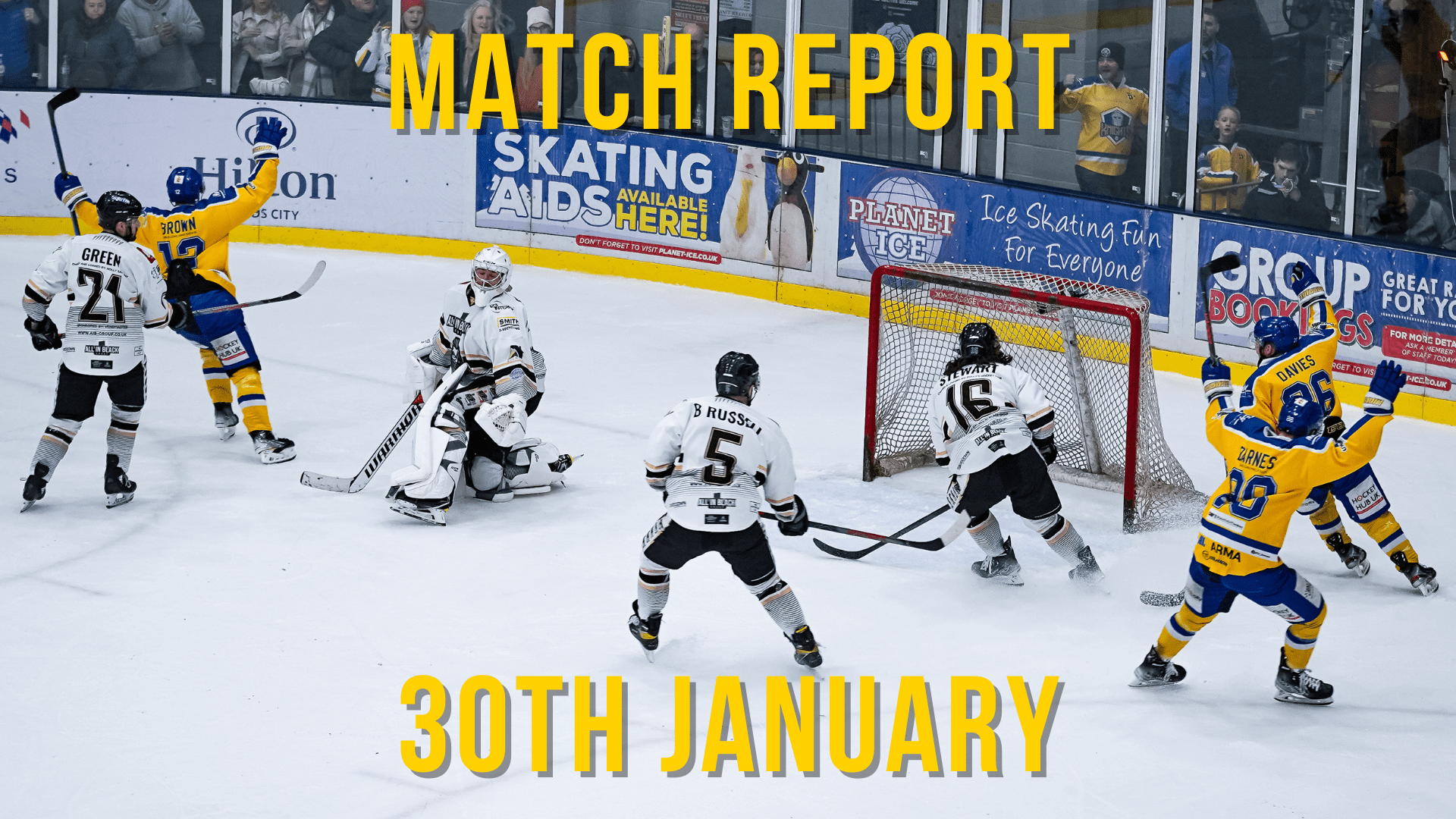 As weekends go, it was pretty much perfection for Leeds Knights as they took a maximum four-point haul from their double-header with third-placed Milton Keynes Lightning.

New coach Ryan Aldridge has now overseen four wins in the six games since he arrived, the Knights looking healthy in fifth spot in the National, 11 points off leaders Telford Tigers with 17 regular season games remaining.

On Saturday, the Knights fell behind to a second-minute strike from Sean Norris, but were level after two periods through Barnes’s 31st-minute strike.

Shudra and a power play marker from Brown at 51.05 saw the Knights put themselves into an excellent position, although a quick response from Norris just over two minutes later ensured a tense finale, the game being settled by a second strike from Brown with just 45 seconds remaining.

On Sunday, Kieran Brown, Adam Barnes and Harry Gulliver all scored twice as Leeds hammered the Lightning 8-2 at home, the triumph coming less than 24 hours after their 4-2 victory in Milton Keynes.

Matty Davies and Cole Shudra also got on the board in front of a lively 1,300-plus crowd at Elland Road.

Leeds were ahead through Brown’s double at the end of the first – his second in the 20th minute a fierce blast from the top of the left circle – and although the Lightning got back into the game in the second period through Andrew Barnes-Garner and Sam Talbot, they found themselves three behind after 40 minutes with Barnes (2) and Shudra ensuring the hosts retained control on proceedings.

After Archie Hazeldine’s effort from the top of the right circle cannoned off Matthew Smital’s right pad in the 46th minute, it fell kindly for the on-rushing Davies to guide the rebound over the line for a 6-2 lead.

Three minutes later, Gulliver got his rewards for another energetic display when he managed to fire off a shot while falling to the ice.

His night got even better when a speculative effort from near the goalline on the right boards deflected in off the unsuspecting Brandon Stones in the 55th minute, the Lightning back-up having not long replaced Smital.

Next weekend sees a home double-header for the Knights, with Peterborough Phantoms arriving for a 6.30pm face-off on Saturday before Basingstoke Bison make the long trip north from Hampshire for a 5.15pm face-off the following day.