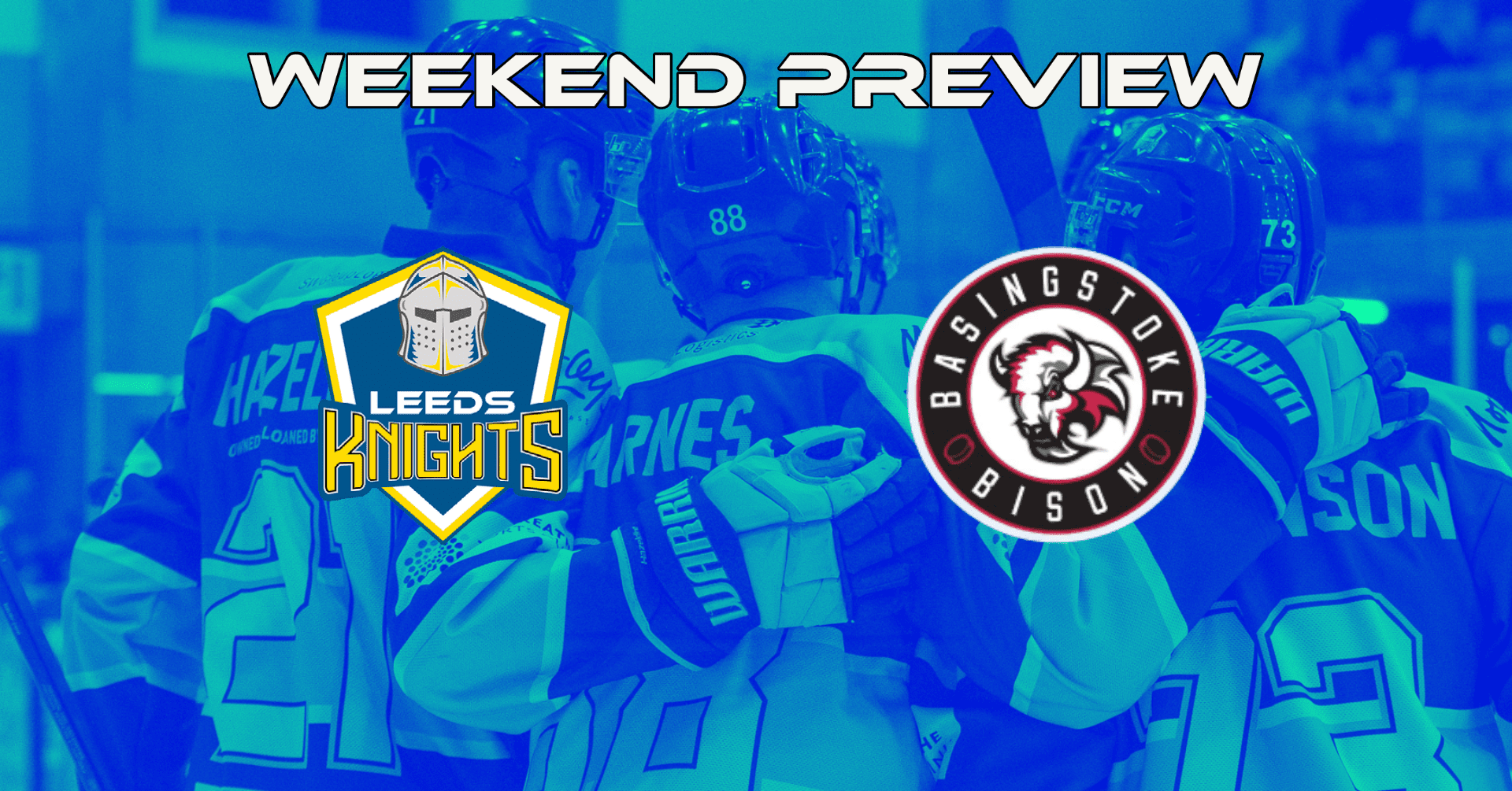 This Sunday we face the Basingstoke Bison for the second time of the weekend, following a trip to Basingstoke on Saturday night to kick off the weekend! The fourth place team have had an impressive start to the season, winning 5 out of their 8 league games so far, and they come off the back of a 5-3 win against the Bristol Pitbulls.

Despite the Basingstoke Bison’s impressive start, the Knights are looking to make it 12 wins in a row on Saturday night, currently sitting joint-top of the league with the also undefeated MK Lightning. A crucial 4 points are on offer this weekend, between two teams that have had an explosive start to the season.

Last weekend’s win for the Bison was helped massivey by an impressive save percentage of 91.7% from Jordan Lawday on almost 40 shots, as well as a 4-point night for Aidan Doughty and a brace from dashing import Gaël-Mukeba Lubwele.

The off-season saw Basingstoke lose out on a few of their players to new addition to the league Bristol Pitbulls, as well as Player-Coach Ashley Tait hanging up his skates and taking up the role of Head Coach. But with additions such as Lubwele, the Basingstoke Bison have looked as serious threat early on in the Planret Ice NIHL National Division. The Canadian import has entered the league fresh out of USports with Nipissing University and instantly has had a massive impact for the Basingstoke Bison, with a 1.63PPG average in his first 8 league games.

The Knights have 3 of the top 4 points scorers in the league, with Grant Cooper (1st), Cole Shudra (3rd) and Zach Brooks (4th), but with a strong goalie tandem of Alex Mettam and Jordan Lawday inbetween the pipes for the Bison, it may be just as important to stop goals as well as score them. Despite the scoring prowess that the Morley Glass Leeds Knights have shown through the first 7 league games, the Knight’s defensive play has also been just as impressive. Bailey Perre, Dylan Hehir and Josh Hodgkinson have all had a smooth transition into life at this level, with Jordan Griffin, Sam Zajac and Sam Gospel keeping it steady at the back.

Playing on successive nights means that come Sunday at Elland Road, there may well be fireworks as one team will be looking to avenge the defeat from the night before, but which team will that be? Get your tickets to Sunday’s game here!