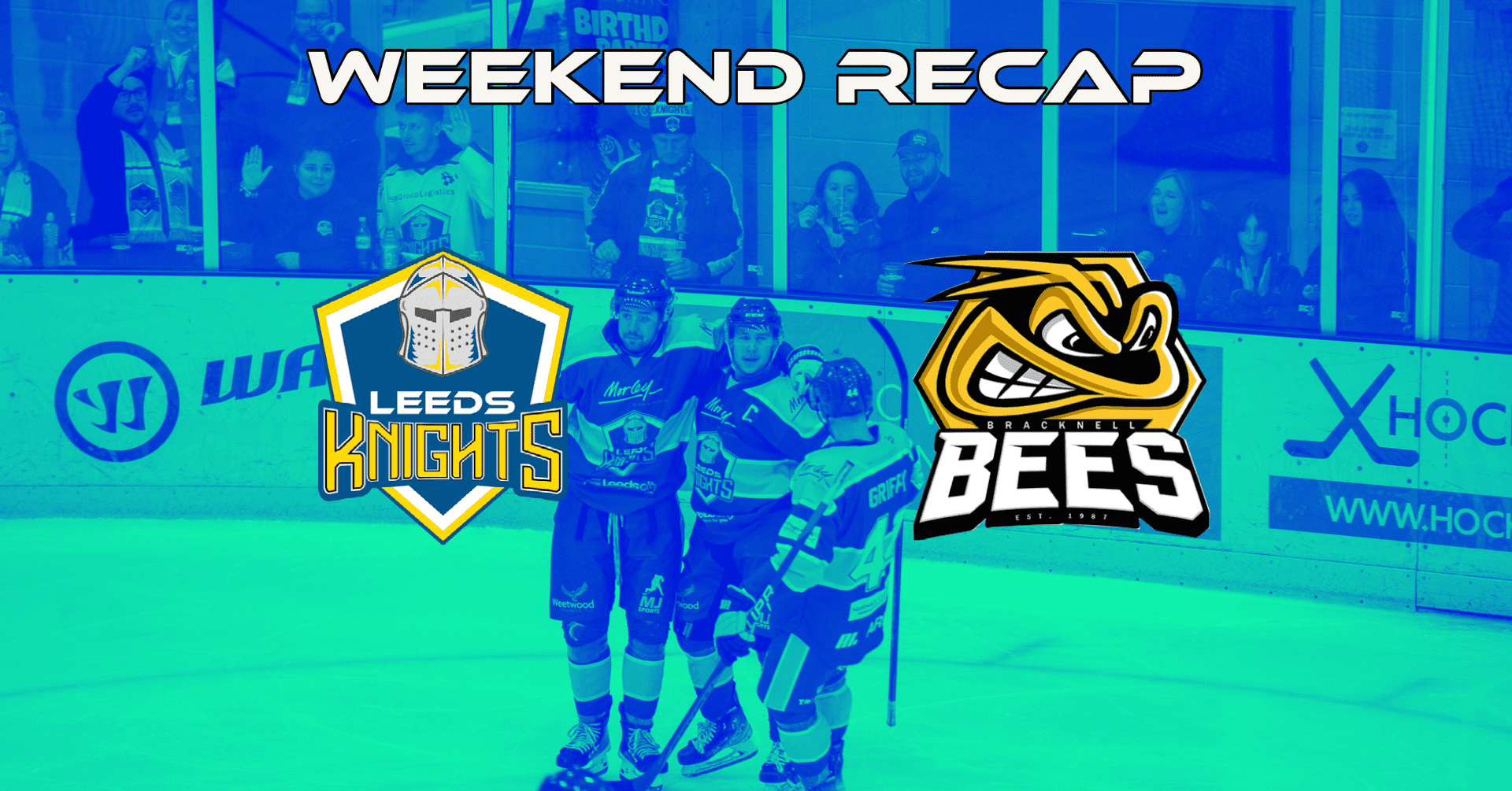 LEEDS KNIGHTS kept their unbeaten bandwagon rolling by emerging from the weekend as NIHL National’s standalone leaders on the back of another maximum points haul.

Milton Keynes remain hot on their heels as the only other team to have won all their games but are two points behind having not played Sunday night.

This weekend, it was the turn of Bees IHC to be troubled by the Knights’ offensive punch but, as predicted by head coach Ryan Aldridge leading up to the double header, neither evening could be classed as comfortable.

Home ice advantage came to the fore again on Saturday as the Knights ran out 5-2 winners – led by a double from captain Kieran Brown – before their trip to an always-difficult Slough venue produced a 5-4 triumph.

In Slough, the Knights carried on from where they left off the previous night, establishing an early superiority through an early blast by Brown which found a gap between Adam Goss’s pads after just 33 seconds

Adam Barnes made it 2-0 in the eighth minute and while Juha Lindgren quickly halved the deficit, the two-goal advantage was quickly restored when Grant Cooper pounced at 11.46.

Cooper continued his rich vein of form  with a second just after the halfway mark but the Bees refused to go away, hitting back at 33.47 through Brent Walkom.

Just 45 seconds of the third had elapsed when Barnes seemingly made the points safe with his second of the night but the scoring trend for the evening continued when James Galazzi replied at 43.27.

The Knights looked set to retain that cushion, but ensured they couldn’t relax at all when they conceded a fourth with just over three minutes remaining, Walkom doubling his tally for the evening. Thankfully, that was as close as it got.

On Saturday, the Knights again didn’t have it all their own way, Gabaj breaking the deadlock at 15.54 on the power play. That was how it remained until the second period and the 26th minute when Brown ended his brief goal drought by equalising off a feed from Matt Haywood.

After the prolific Cooper put the home side 2-1 ahead, the Knights skipper doubled his tally for the night soon after when he ripped one home at 30.41, the lead taken into the second intermission by the home side increasing to 4-1 when defenceman Jordan Griffin fired through traffic for his first of the campaign at 36.09.

Another power play goal from Bees – this time from Lindgren with less than two minutes of the third gone – ensured the home side couldn’t take their foot off the gas.

But as the game entered the final three minutes, nerves were settled when Barnes stretched the lead to three to secure the points.