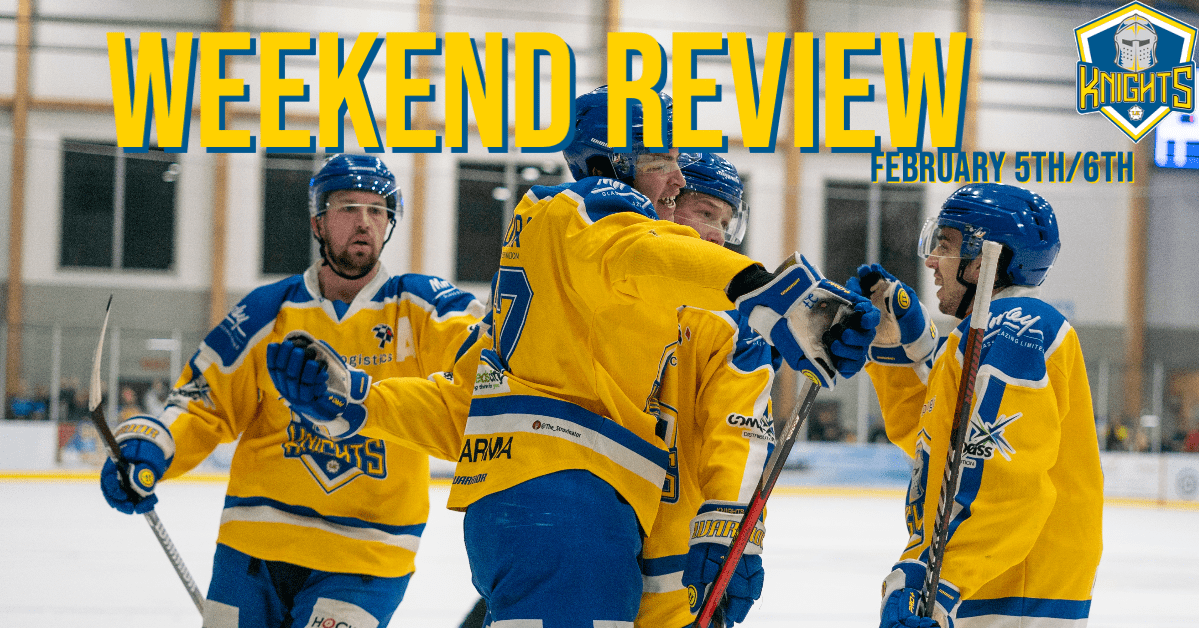 LEEDS KNIGHTS couldn’t match their stunning comeback exploits from Saturday night against Peterborough Phantoms when they suffered at the hands of a clinical Basingstoke Bison side 24 hours later.

Ryan Aldridge’s side looked down and out against Slava Koulikov’s team in the first of a home double-header when they trailed 4-1 just after the halfway mark.
But a stunning spell of three goals in 66 seconds saw the Knights draw level before eventually going on to win 5-4 on a penalty shoot-out.

The results leave Leeds in fifth spot in NIHL National, still three points off Sheffield Steeldogs – who also enjoyed a split weekend in terms of results – and 13 off leaders Telford Tigers.

Peterborough, however, now sit just two points adrift of the Knights after they rebounded from their disappointment in West Yorkshire with a comprehensive 7-3 win against Milton Keynes Lightning on Sunday.

Leeds are at home again in their next game when they welcome Raiders IHC to Elland Road on Saturday (face-off 6.30pm) before hitting the road for a crucial clash against Peterborough 24 hours later.

The Phantoms will be out for revenge, especially after seeming well in control at the halfway mark in Leeds on Saturday.
Cole Shudra cancelled out Leo Markey’s third-minute opener before second-period strikes from Ales Padelek, Callum Buglass and Duncan Speirs put the visitors into a commanding 4-1 lead.

But a remarkable 66 seconds saw the Knights pull level, Kieran Brown registering his 50th goal of the season on the power play at 32.16 before Jordan Fisher and then Adam Barnes at 33.22 had the home crowd on their feet.

No further goals came, either in the third or overtime, with the extra point being secured thanks to Brown and Gulliver scoring in the subsequent shoot-out, while Gospel kept out all of Peterborough’s efforts.

There was to be no comeback 24 hours later, sadly, with a well-drilled Bison proving good value for both points.

Alex Sampford blasted one past Gospel at 6.34 to put the visitors ahead, the lead stretched to 2-0 at the first intermission after Alex Roberts’s shot from distance took a deflection and into the net on the power play at 15.25.

Just after the halfway mark, it was 4-0 to Ashley Tait’s team, George Norcliffe finishing off a 3-on-1 break 50 seconds into the middle period, before Roberts bagged his second.
Zack Milton had time and space on the power play to pick his spot and beat Gospel at 42.04, with Shudra scoring a late consolation at 58.03 to ensure the Knights retained their record of not being shut out this season.