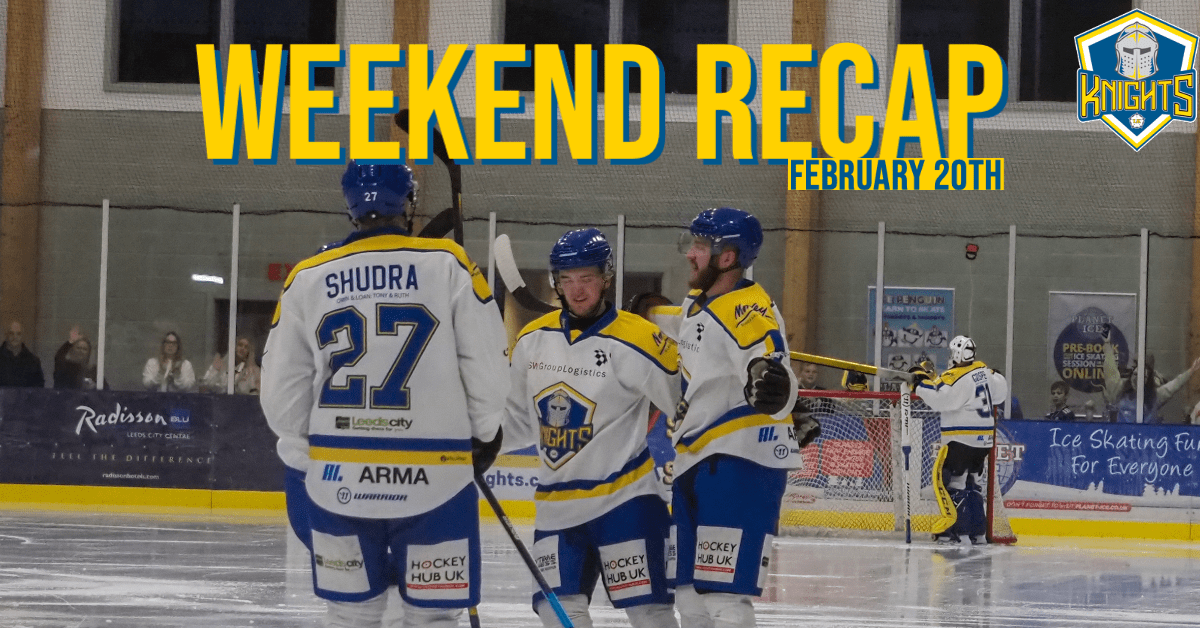 LEEDS KNIGHTS moved to within a point of the top four in NIHL National with an impressive win at Basingstoke Bison.
Their only game of the weekend, the Knights made it three wins in a row through goals from Kieran Brown (2), Adam Barnes and stand-in captain Matty Davies.

The win in Hampshire didn’t lift them any farther up the standings, but it saw them close the gap on Yorkshire rivals Sheffield Steeldogs who, after their stunning comeback in the NIHL National Cup semi-final at Swindon Wildcats on Saturday, lost out 5-2 at Peterborough Phantoms.

All of a sudden, third place is also up for grabs with the Knights now just two points off Milton Keynes Lightning, who lost 5-2 to Swindon hot on the heels of an 8-4 reverse on home ice against Basingstoke.
Milton Keynes play the game in hand they have over Leeds on Wednesday when they travel to Basingstoke, while Ryan Aldridge’s team can do themselves a massive favour if they emerge from next weekend’s double-header with against Swindon with all four points.

Brown got the Knights off to a flying start in Basingstoke with his 53rd goal of the season at 9.18, although George Norcliffe struck back for Bison just over four minutes later to curtail the lead.

Goal number 54 for Brown came at 23.43, his celebrations having barely settled before he set up line-mate Barnes to make it 3-1 just 21 seconds later, his fifth goal in the last three games and one which took his tally for the season to 22.

With Manchester Storm two-way duo Harry Gulliver and Ben Solder in their ranks, the Knights comfortably held that lead until the third period, Davies making it 4-1 on the power play at 47.58, with assists going to Brown and young defenceman Archie Hazeldine.