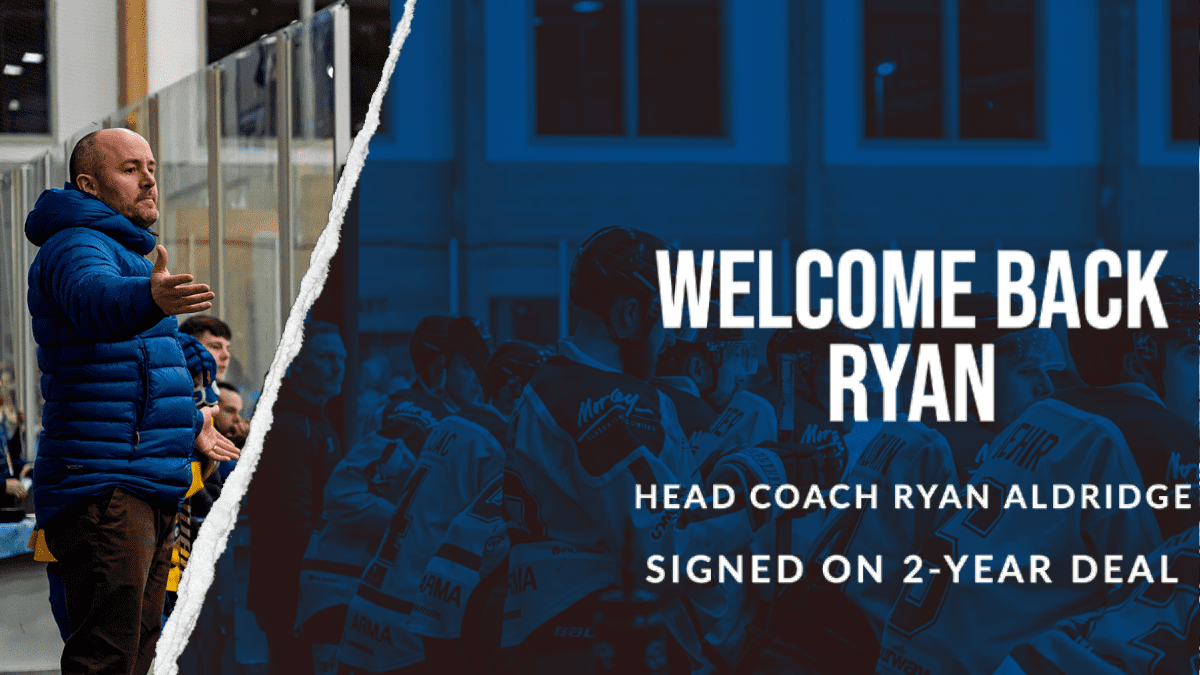 We are extremely excited to announce the appointment of Ryan Aldridge as the Head Coach of the Leeds Knights on a two-year deal! We are confident in Ryan’s vision and coaching abilities, and believe he is the right man to carry the Knights forward into the 22-23 season and thereafter.

The retention of Ryan’s services was high on the priority list, with owner Steve Nell stating – “We want to build Leeds into one of the strongest organisations in the country… We’ve got the city, we’ve got the rink, now we’ve got the coach”

Ryan joined us in mid-January 2021 on an interim basis, but he is continuing his stay with the Knights as Head Coach until at least 2024. During his time at the helm last season, Ryan was instrumental in allowing the Knights to compete so late in the season for such a high place in the league. In addition to the on-ice change, with an impressive run of 14 wins and 4 losses in his first two months, he affected the team off the ice as well.

Aldridge boosted the morale of the locker room and injected a new lease of life into the team, allowing us to compete and grab some amazing results even with short benches and injury troubles. From his time coaching the Okanagan Hockey Academy U16s and U18s, as well as England U19s, Ryan brings with him a wealth of experience in development of young players, something that was a key focus in our first season. Not only does he have experience in development, but Ryan has also coached at the top level of hockey in the UK during his time with the Basingstoke Bison from 2007-2009.

Head Coach Aldridge is excited about his return to the Knights, following his first few months in Leeds he had this to say – “I don’t think there is anywhere else like that (Leeds) in the country. It’s absolutely amazing.” As well as the now, Ryan is looking forward at the future of the Knights organisation, with a great sense of positivity  –“I(Ryan) believe the potential here is endless.”

With Lewis Baldwin, Kieran Brown, Sam Gospel and now Head Coach Ryan Aldridge returning, the 22-23 season is setting up to be one to remember! Don’t miss any of the action starting in September and get your season tickets here.