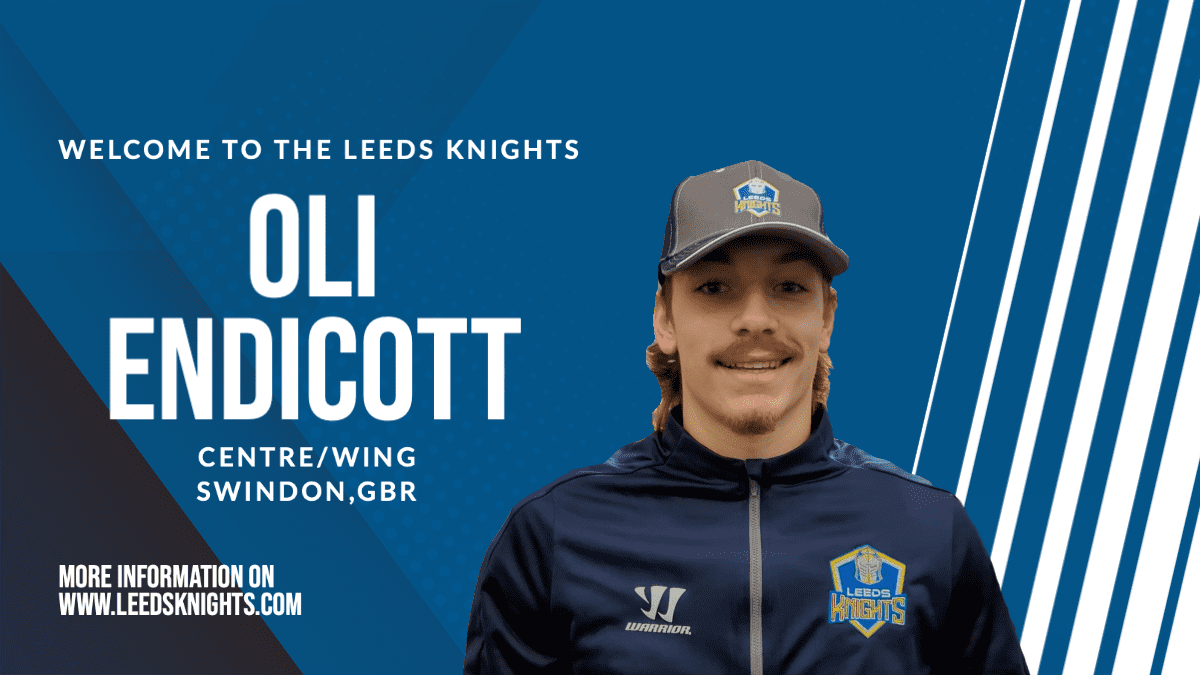 The Morley Glass Leeds Knights are delighted to announce that Oli Endicott has put pen to paper to join the Knights for the remainder of the season after starting the year in Finland.

Oli, who’s recently returned to the UK, will hopefully be making his debut at the weekend having started training with the team this week.

Oli has come through the junior ranks in Swindon before joining Head Coach Ryan Aldridge at the Swindon based Okanagan Hockey Academy. He then spent last season splitting time between the Bristol Pitbulls (then in the NIHL S1) and the Swindon Wildcats.

This summer he secured a move to Finland where he iced in 20 games for the IPK U20 team before returning to the UK in late October.

Oli has also been selected alongside fellow Knights Carter Hamill, Tate Shudra and Archie Hazeldine for the upcoming Team GB U20 Division 2A tournament later this year.

“I’ve known and worked with Oli for a long time now, when he called me to discuss his situation in Finland I knew that if he was to return to the UK that I wanted him in Leeds. We have had a great start so far and Oli will add another dimension as well as more energy into our line up and will play a hard-physical two way game.

He’s excited to get going and I know he’ll fit in well with our group in the locker room. I think the Leeds fans will quickly fall in love with how he plays the game too.”

Oli is young, talented and a great prospect for the future. If you’re interested in sponsoring Oli, please email warwick.andrews@leedsknights.com for more information.